PRP and Nerve Function in Penis 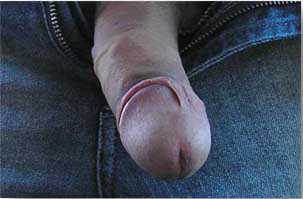 For many patients, undergoing radical prostatectomy, a complex surgical procedure that is meant to remove prostate cancer, means that they lose their penile ability, at least for some time. On average, it has been established that following this procedure, patients have to wait for one to two years before regaining this innate ability. This is so because the nature of the procedure inflicts widespread damage to the sensitive nerves that are responsible for the function. Other factors such as thermal damage and the overall impact of the procedure add to this, thus contributing to the long time that one has to stay without the ability. Although this is the case, the possibility of using Penile Rehabilitation Procedures (PRPs) to help patients has been a subject of discussion. This article is based on how such programs can be effectively used to help patients.

The impact of Radical Prostatectomy on the functioning of the penis

Radical Prostatectomy(RP)is a type of surgery that is used on patients who have prostate cancer. Its effectiveness lies in the fact that such a type of prostate cancer is usually benign, being restricted to the organ of the patient. The impact of the procedure is usually felt on two levels: the nervous and the physiological. On the physiological level, radical prostatectomy causes a number of far – reaching consequences to the patient. For instance, studies have indicated that the flow of blood within the prostate region of patients who have undergone the procedure changes significantly. Such changes in the blood supply, which is technically referred to as venous leakage, interrupt the normal hematological processes of the region, thus leading to erectile dysfunction.

Also, the procedure inevitably leads to destruction of major nerves within the region. Although this has been minimized by adoption of Robot – Assisted Radical Prostatectomy (RARP), the procedure always leads to erectile dysfunction. Studies have indicated that loss of nerve functions within the area is a result of death of the cells that are responsible for the functioning of smooth muscles in the region. This leads to an interference of the amount of fibers found in the smooth muscles, a condition which persists for between one and two years, depending on the patient and other factors.

Use of Penile Rehabilitation Procedures

Since many men continue to experience the desire to have sex well in their old age, it is very important that such men, who may have lost their erectile ability soon after the procedure to remove prostate cancer, find help about the issue. Further, the fact that studies have indicated that over 80% of all patients who undergo the procedure experience erectile dysfunction means that the need for penile rehabilitation procedures remains a reality.

The overall goal of penile rehabilitation procedures is to help a patient regain the ability to initiate and sustain an erection that is strong enough to enable him successfully engage in a sexual act. Theoretically, since it has been pointed out that loss of erection in such patients is a result of disturbance in the flow of blood in the prostate region as well as destruction of the functioning of the cells of the smooth muscles, the procedures seek to reverse these effects. Apart from restoring a normal flow of blood within the penis, the procedures seek to reverse the effect of fibrosis in the penile muscles thus enabling a patient to have normal erections.

There are several types of penile rehabilitation procedures that can be used on patients. Since most of them have specific advantages and disadvantages, the choice of which particular method to be used depends on the opinion of the practitioner and the wishes of the patient.

The first method entails use of special drugs that inhibit hormones which have been known to interfere with the chemical process that leads to an erection. Known as PDE-5 inhibitors, these drugs make it easy for blood to flow within the penis tissue by causing the smooth muscles to relax. They are usually taken an hour or so prior to engaging in sexual activity.

Regardless of their ease of use, the success rate of these drugs, particularly in patients who have undergone Radical Prostatectomy remains low. What this means is that although the drugs have been used to effectively treat erectile dysfunction, their success with men who have undergone Radical Prostatectomy remains a matter of concern.

Use of special devices

Special devices can also be used as part of the Penile Rehabilitation Procedures. There are several such special devices that one can use to ensure that he gets and maintains an erection during sexual intercourse. One of them is the venous constriction device which is a small loop that is worn at the base of the penis prior to intercourse. The device works by limiting the amount of blood that flows from the penis through the veins, thus enabling a person to sufficiently maintain a stiff erection. Another one is the vacuum constriction device which, as the name suggests, works by sucking blood into the penis thus initiating an erection. The device is usually used minutes to intercourse and its efficiency has been commendable.