Screen Addiction: Why We Must Be Concerned

Why We Must Be Concerned About Screen Addiction

While technology has made significant contributions to our world, it has come along with a number of concerns. One such concern is screen addiction. This is in fact the greatest new generation technological obsessions of our time. Indeed the world has changed, largely through technological innovations, and is set to do so even more exponentially in the coming years.

Present times sure have new demands. And the need for electronic gadgets be it: the traditional television sets, computers, laptops, i-pads and mobile phones is one we cannot run away from. The concern however is the amount of time we spend with these devices, of what value that is to us, and the effects of such screen addiction kind of novel behavior on us, especially our children.

According to the American Academy of Pediatrics (AAP), children between the ages of eight and ten have access to electronic devices for a period close to eight hours between sunrise and sunset and vise-versa. Their counterparts beyond the age ten are however glued to their gadget screens for a period well over 11 hours each day.

A research piloted by the Massachusetts Aggression Reduction Center (MARC) also yielded critical figures that rather points to worrying trends of beginnings of screen addiction. In a sample population of 20,000 children in their teens, 20% of 3rd grade students were each in possession of a mobile cell phone. The numbers gradually increased from the aforementioned to approximately 25% of 4th graders, 39% of 5th graders and over 83% of students in middle school.

Whereas proponents of technological global revolution argue children should not be limited in embracing new technology, the opponents remain adamant parents have a reason to worry especially about the above statistics. The following are reasons to pay more attention to the second group of experts that have from time to time raised the red flag against screen addiction.

Granted there are a billion or so internet sites with valuable content. It is undeniable on the other hand there is as much the number of website with pornographic materials. With such sites readily accessible to the young ones, we do not need rocket science to know they will be addicted. These fellows will find themselves browsing through various websites and for one reason or another constantly lower their moral guards to various forms of sexual activities hence screen addiction.

Victims of online sexual addiction often find themselves in virtual relationships with people with whom they constantly download and share pornographic content; texts, pictures, audio and video materials. With time they develop virtual bonds, sometimes in cohorts called chat rooms, and more often than not find themselves spending more time chatting (sexting) with their online counterparts, more of strangers to them at the expense of their of their real life partners. The after effects no doubt range from family conflicts, separations, instability, infidelity, or worse divorce.

When screen addiction victims are not in the business to satisfy their sexual desires, it does not mean they quit swiping their screens all together. They could as well be on it only for a different reason this time, video gaming. Those who know this too well will agree video game addiction is real. The situation here is so bad medical experts have become wary. Studies indicate about 15% of computer video gamers often exhibit signs that meet World Health Organization’s (WHO’s) criteria for addiction.

Other forms of screen addiction include online shopping, gambling, and research. The former is largely attributed to fast changing marketing trends and the convenience of a worldwide variety. The latter is largely driven by the need for information across various disciplines of study. It is fuelled by increasing availability of online information and the convenience associated with the same with the help of Google, web-crawler et al. This is also because of increasing e-learning models of study among various institutions of learning and research. Gambling however just like alcohol and drug abuse is associated with relationship, work related, and financial problems. 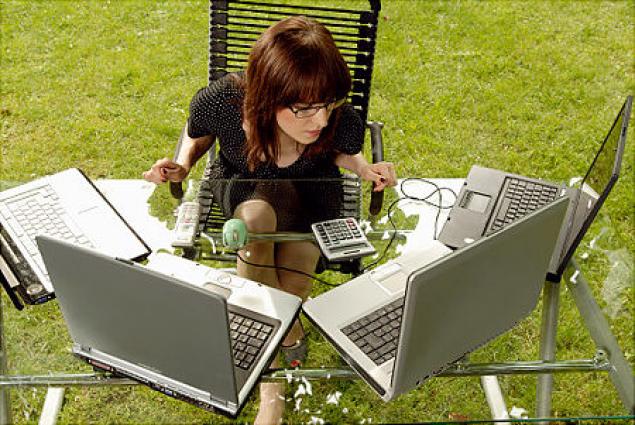 Side Effects of Screen Addiction

A number of research studies conducted over time have shown constant exposure to the internet causes cancer, largely as a result of electronic and mobile cell radiations. The same was however brought to light by the World Health Organization (WHO) in the year 2011 after careful considerations of observations and recommendations made by 31 scientists drawn from various medical professions and from various backgrounds worldwide.

Too much exposure to electronic gadgets has also been said to hinder effective development of the brain. Various research findings have led to the realization screen addiction causes shrinkage of the brain’s grey matter. The result is poor impulse control, organization, planning, and other emotional aspects of our being such as love, empathy and compassion. For more information on this, click on http://www.integrativeaddiction2015.com.

WHY WE MUST BE CONCERNED ABOUT SCREEN ADDICTION