Use of testosterone therapy for decreased libido

Testosterone therapy has been a popular option for treating women having problems with their libido. Theoretically, there are several problems that may be the root cause of lack of libido in women. For instance, factors arising from the situation in which a woman operates may result to a decline in sexual desire. Highly stressful environments characterized by tension definitely lead to a decline in sexual libido in women. Besides, use of drugs, particularly antidepressant and drugs used to treat mental illnesses such as psychosis, has been strongly associated with low libido in women. Further, other normal body processes that occur after menopause have also been pointed out as possible causes of low libido in women. Menopause -related factors may be as a result of body processes that occur after natural menopause or those induced by surgical menopause.

Since it has been known that such cases low libido in women may actually have an underlying relationship to hormonal imbalances, the use of hormone – based therapies to handle them has been a common practice. In all these cases, testosterone therapy has been used to stimulate the libido of such women. This has been common in women who are past their menopause. In such cases, the therapy has proven effective in restoring the libido of such women, at least in the short term.

Concerns about use of testosterone therapy for decreased libido in women

There have been a number of concerns about the safety of using this therapy on women. Of particular concern has been the role that this therapy plays with regard to the onset and development of breast cancer among the women on whom it is used. Although there has been no strong scientific evidence to prove the case, the safety fears with regard to the use of the therapy have been that the therapy may pose a stimulatory effect on the breast cells which may lead to the development of cancer. The basis of this concern has been that the full effects of testosterone therapy on the physiology of the patients have not been well documented.

The possible way by which the therapy has been feared to lead to breast cancer development has been in two forms. First, there have been fears that testosterone therapy, like general androgens, may directly stimulate the androgen receptor in the breast of the patients, thus creating the right conditions for development of cancer. Secondly, it has been feared that the therapy may lead to production of estrogen within the breast tissue of the patient. This is said to possibly occur via activation of a complex enzyme process within the breast, thus predisposing a patient to breast cancer.

Use of testosterone therapy for decreased development of breast cancer

Contrary to popular belief that the therapy may trigger the onset of breast cancer either directly or via a complex process of enzyme activation, strong evidence has indicated that indeed, testosterone therapy does the opposite: inhibits the possible development of cancer cells within the breasts. What this means is that testosterone has been found to slow down the rate of growth of the cells found in the breasts thus reducing the possibility of the cells developing into cancerous ones. This mechanism offers inner protection to the breast against the possibility of the onset of cancer.

From the evidence of different studies presented here, three important conclusions can be drawn with regard to the use of testosterone therapy for treating low libido in post-menopausal women. 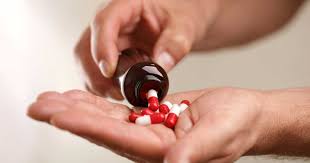 The first one is that the therapy does not have an association with the onset and development of breast cancer. The second conclusion is that testosterone therapy actually provides internal protection to the breast because it prevents the possibility of cancer developing. The third one is that the therapy is useful in breast cancer management in that it has shown the ability to limit the spread of cancer cells within the breast.

Dr. Akoury has built AWAREmed Health and Wellness Resource Center in Myrtle Beach, South Carolina as a leading center for cancer care and treatment. Added to her training, expertise and dedication, the services that we offer at this place have made us one of the best. If you are experiencing low libido and are worried about the possible effects of hormone therapy, you may talk to us and we shall provide all the information required.