Just how much has digital revolution impacted on sexuality?

Digital revolution has seen the emergence of computer technology as the main form of searching for, accessing, retrieving and sending of information from one point to another. The Internet has emerged and with it the social media; WhatsApp, Instagram, Facebook, Twitter among others. It is, therefore, a common knowledge that this development in information availability has some profound effect. The article now talks of digital revolution and sexuality.

Sexuality has, since the ancient times, been treated as sacred. It is sexual feeling or behavior that surfaces when two people are intimate, a state that is now under threat. Thanks to the digital revolution, the sacred value of sexuality is quickly becoming extinct. The emergence of so many digital gadgets and platforms has made in practically impossible for sexuality to be between just two people.

Sexual morality in public and private has been greatly jeopardized through the digital revolution era. The internet is full of sexual contents ranging from nude photos of celebrities and even unknown individuals who post them there for attention from the public. Apart from the nude photo, the internet, and many social media platforms are full of sex tapes and pornographic videos. Exposure to this kind of information has led to great moral decadence. Prostitution has become the in thing as people now tend to pay for sex and others willing to get paid for sex. These are just ideas people who were previously morally upright have got from the digital world. 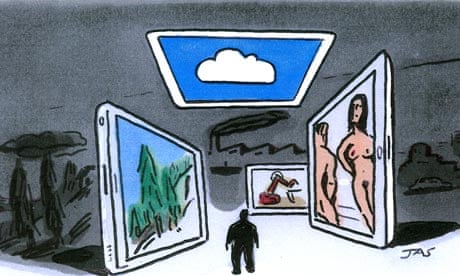 Just how much has digital revolution impacted on sexuality?

We are in a whole new era; the digital age. The implications of this are both positive and negative depending on what perception one views it on. On teenagers or adolescents, the digital age has caused quite a disturbance on their sexuality.

Access to information has been eased as a result of this new era. Anyone anywhere is now capable of searching, accessing, retrieving and transferring information from practically any location within the globe and teenagers are no exception. The digital age has provided the teens with that platform to access information through personally owned gadgets such as; laptops, iPhones, smartphones, etc. However, it is a common understanding that the information the teenagers seek over the digital platform more so the internet is sexually aligned.

This has led to what can be termed as sexual disturbance or unhealthy sexual behaviors by the teenagers. Before getting to these sexual problems experienced by the teenagers, let us first of all look at the activities the teenagers get involved in as a result of the exposure to the digital platform. Teenagers, as a result of being exposed to the digital platform, has the tendency to watch sexualized videos that are readily available on the internet. Some of them go as far as joining these video chat rooms where they get exposed to nude pictures and videos.

There is also the aspect of sexual exploration. From the experience they get from the chat rooms or networks, teenagers get to explore more about sex, and being teenagers, there is no trusting them that they will be responsible in their exploration. This kind of exploration will usually lead them to pornographic contents on the internet from where they acquire such contents and use them from their gadgets. Social media groups such as those formed on Facebook, WhatsApp, and Instagram among others are some places teenagers get to find or access sexual contents. As a result of being a digital savvy generation, teenagers join such groups in large numbers and end up getting exposed. A part from the social media, there are the smartphone applications such as the “hook-up” apps that these teenagers can easily access due to the digital platform.

The fact that teenagers have gadgets such as smartphones readily available to them has made it possible for them to get engaged in sexting. They therefore get to exchange sex messages with lots of sexual contents.

This large exposure of sexual contents to the teenagers has some profound effects on them. Their general development as proper persons with morals and integrity is greatly curtailed.

Teenagers who use or access pornographic contents over the internet,  encounter problems when it comes to interacting with other on a face to face interaction. That is to say that they suffer from social isolation and loneliness. They get captivated by their smartphones or laptops to the extent that they lose that aspect of socializing with others because they tend to have no time for such activities.