Buprenorphine is a semi-synthetic opioid derived from thebaine. It is a pain killer and has gained a great deal of notoriety for its ability to interrupt severe opiate addiction, including heroin and methadone addictions. It got approved in 2002 by the FDA for use as an opiate addiction treatment. Dependence on pain drugs is common but very dangerous and that is why buprenorphine is of importance in fighting opioid independence.

Today, buprenorphine is being used in office based treatment of opioid dependent patients. Buprenorphine is a partial mu-opioid receptor agonist. Several clinical studies indicate buprenorphine is effective in managing opioid addiction and dependence. In all of the clinical tests Buprenorphine was found to be more effective than placebo for managing opioid addiction. However, it may not be superior to methadone incase high doses are needed. It is comparable to lower doses of methadone, however. When using buprenorphine, there are critical phases that must be followed. These phases include; include induction, stabilization, and maintenance. Experts advise that Buprenorphine therapy should be initiated at the onset of withdrawal symptoms and adjusted to address withdrawal symptoms and cravings. Advantages of buprenorphine include low abuse potential and high availability for office use. Disadvantages include high cost and possible lack of effectiveness in patients who require high methadone doses. Most family physicians are required to complete eight hours of training before they can prescribe buprenorphine for opioid addiction. Let’s get all the detailed facts here.

It is estimated that 898,000 adults in the United States are opioid dependent. Treating opioid dependence as a chronic disorder improves outcomes and opioid maintenance is the most effective way to decrease illicit use in patients who are addicted to opioids. Without opioid maintenance, it will be easy for any user of opiates for pain to be an addict of the same therefore various strategies must be put in place to exercise opioid maintenance for the safety of the patients. Over the past years Methadone has been the treatment of choice in the United States; however, methadone maintenance programs typically have stringent entrance criteria, long waiting lists, and primarily are located in urban areas. It has been verified that only 14 percent of patients who are addicted to opioids are treated in traditional methadone clinics. Research from the 1970s demonstrated that the analgesic buprenorphine (Subutex), a partial mu-opioid receptor agonist, may effectively treat patients with heroin addiction.

In the Drug Addiction Treatment Act of 2000 physicians are authorized to provide office-based treatment for opioid addiction. Through this act physicians are allowed to prescribe Schedule III, IV, or V “narcotic” medications that are approved by the U.S. Food and Drug Administration (FDA) for patients with narcotic-use disorders. In 2002, buprenorphine and combination buprenorphine/naloxone (Suboxone) was approved by the FDA to manage opioid dependence .It is therefore a legally usable drug that is available in health centers and clinics.

Difference between methadone and morphine

These drugs are also used in different situations. Methadone is mostly used after unsuccessful use of morphine or when the patient has a history of drug abuse. If tis patient is morphine it may lead to relapse hence methadone is considered safer than morphine. Morphine is addictive while methadone is not addictive.

Here at AWAREmed we are dedicated to finding the best solutions to chronic illnesses and that is why Dr. Dalal Akoury (MD) is always in the forefront advocating for integrative medicine since it is only through integrative medicine that a person can be healed wholly. Do not hesitate to call on her for help in managing any sort of chronic pain as well as other diseases.

Cancer is a disease that has depopulated the world greatly, needless to mention it has caused us pain as it has taken our loved ones to the cemetery earlier than we thought and we are also at risk of getting this disease. Cancer though dangerous as it sounds can be treated very effectively by an integrative doctor. The integrative doctors are better placed to treat cancer as they combine both conventional and naturopathic treatments to ensure that the patient gets the best treatment that is devoid of all the side effects that may threaten their lives. One of the integrative doctors that have seen many cancer patients get the best integrative treatment devoid of life threatening side effects is Dr. Dalal Akoury (MD) who has empowered lots of cancer patients through her website and direct consultations. She has journeyed with the cancer patients to recovery and still advocates for integrative cancer treatment.

Herbal supplementation in cancer treatment is very vital as one of the most effective cancer treatments is the use of nature given herbs, vegetables and fruits. Vegetables, fruits and herbs are rich in nutrients that cancer patient needs to strengthen his immunity as well as help in fighting the disease. They are also full of antioxidants that are useful in fighting free radicals that are often by products of conventional treatments as chemotherapy and radiation therapy. In surgery these herbal supplements will help in healing the wounds and hasten the formation of tissues; a process critical in healing after surgery.

The conventional cancer treatments are not as effective as they ought to be when used without herbal supplementation. In fact they leave patients with lots of life threatening side effects. Chemotherapy is one of the most known cancer treatments that works in such a way that it kills the cancerous cells, however in the process of killing the cancer cells the healthy cell are also killed and the patient will suffer the consequences which includes loss of hair, nausea, loss of appetite and loss of weight among other dangers associated with chemotherapy. Dr. Dalal Akoury encourages cancer patients to consider using herbal supplements during and after chemotherapy. She opines that herbal supplementation may help in improving the effectiveness of chemotherapy as some of them have compounds that increase drug uptake by the cancerous cells hence making chemotherapy to be more strategic.

Seemingly, Dr. Dalal Akoury is not the only person who recommends herbal supplementation during cancer treatment. Colleen Doyle, the director of nutrition and physical activity for the American Cancer Society says that whatever you eat and the quantity you eat will have a long term impact in your fight for cancer. He advises that you should reduce the amount of sweets and unhealthy fats and increase the amounts of healthy foods that can help you in fighting cancer. Most foods we eat may not give us adequate nutrients as needed by our bodies to build stronger immune systems and to help in fighting cancer. Therefore it is appropriate to look for herbal supplements available in the market that may avail these needed mineral and vitamins that may help us in a bid to fight cancer. 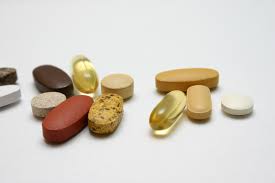 DMSO As an Alternative Cancer Treatment

Cancer is a disease that is synonymous to pain. The pain that the cancer patients suffer while going through treatment can never be underestimated. Conventional chemotherapy may be effective in treating the disease but it has far more severe side effects that make patients to seek for other alternative cancer treatments. Doctors on the other hand have been trying to get better ways through which cancer can be treated more effectively without hurting the healthy cells as common with the conventional chemotherapy. Very many developments have been Made even in the chemotherapy treatment to make it more effective and less painful. Other alternative have also been discovered yet others are still coming up. One of the alternatives to cancer treatment is the use of DMSO which has become popular over a time.

DMSO (Dimethyl Sulfoxide) is  purely a natural product from the timber industry. It had been in the timber industry for a long time before its medicinal abilities were discovered. The product has been used in the past in its crude form by doctors and athletes to address muscle problems and some injuries. It is said to be a good healing agent as it increases the blood supply to the areas that are injured. This product has been approved by FDA as a treatment for interstitial cystitis (bladder inflammation). It is very gentle but has very powerful healing properties. Several research have been done to reveal the ability of the Dimethyl Sulfoxide in treating cancer, however this is one of the effective cancer treatments that is not easily understood. The patients that have used it got healed but it’s hard to tell which properties it contains that is so powerful in killing cancer cell. Even after the many patients that have been healed by Dimethyl Sulfoxide treatment, FDA has only approved of it as an organ preservative and a cure for interstitial cystitis.

The history of DMSO as a pharmaceutical product can be traced back to the 1961. It is said that its medical abilities were discovered by Dr. Jacob who was the head of an organ transplant program at Oregon Health University. He tested the colorless liquid as an organ preservative and found that it could penetrate deep into the skin without causing any harm on the skin. His discovery led to his journey; researching on the medical properties of DMSO. After Dr. Jacob’s discovery DMSO became so known through the various media that spread its medicinal potential. This generated lots of interest in cancer doctors and researchers who began doing lots of research  on the ability of this product in treating cancer.

With many researches that were conducted and tests on cancer patients, DMSO was found to be effective in cancer treatment. With reference to the state of cancer patients that were put on the DMSO treatment, it was verified that DMSO is an effective cancer treatment as it done away with the most aggressive tumors that had even metastasized to the lymph nodes and other areas of the body. The use of DMSO in cancer treatment has been successful mostly in the fight against the lymphomas, glioblastoma, melanoma, prostate, and colon cancer. The use of DMSO is also common with other types of cancers where it has also been successful.

How does it help in cancer treatment?

DMSO was referred to us a medical wonder product or better yet as the aspirin of the 21st century by the  Encyclopedia of Medical Breakthroughs and Forbidden Treatments (published by Medical Research Associates LLC). This medicinal wonder product has a molecular bond with water that is 1.3 times stronger than water molecular bond with itself. It is faster in penetrating through the cell membranes, taking with it substances that would not have penetrated the cell membrane. It is effective in restoring damaged cells as it penetrates into the cells thereby hydrating them. DMSO penetrates into the cell changing its water structure and improves cell permeability which is good in flushing out toxins in a cell. Leaving the cells more nourished and free from the toxins that may cause cancer.

This wonderful product is rich in medicinal abilities that have been seen to cure cancer, however it is not understood how it achieves all this just like aspirin medicinal abilities were not understood until recently. DMSO is known as a carrier solvent. So when it penetrates the tumor cells it carries away the dextrose that the cancer cell relies on for energy leaving them to starve. It is also believed to kill the most metabolically active cells; cancer cells. This leads to the effective killing of cancer cells without harm to the body cells.

Dr. Dalal Akoury (MD) has profound knowledge on this topic and can offer you a good advice on how to easily adopt the program. Frequently check this website for most current updates on cancer treatment. Generally, this approach to cancer treatment is worth a try.

DMSO As an Alternative Cancer Treatment