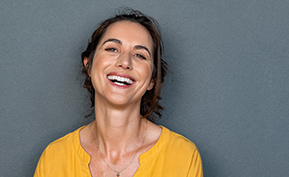 In 2002 more than 160,000 women participated in the Women’s Health Initiative (WHI), the results of this landmark study identified grave dangers associated with conventional hormone replacement therapy in women.

Women’s trust in the mainstream medical establishment declined significantly as a result of these seriousl risks of conventional HRT. Many women began to seek natural alternatives to hormone replacement (Roumie 2004; Schonberg 2005). This frightening Data from the study forced many physicians to discourage the use of conventional HRT for the prevention of osteoporosis and cardiovascular disease in aging women (Sharma 2003, Azoulay 2004). These scary findings did not affect Bioidentical Hormone Replacement Therapy (BHRT).

Though many mainstream physicians were shocked by the results of the WHI study, Functional and Integrative wholistic physicians were not. The hormones utilized in the WHI study consisted of oral equine (horse) estrogen and a synthetic progestogen. Synthetic hormones chemical structure differs from the structure of hormones naturally produced by women’s body. Functional and Integrative wholistic physicians have discouraged the use of conventional HRT for many years and instead appreciated the value of Bioidentical Hormones.

Bioidentical Hormones are exactly the same as those naturally produced in women. Bioidentical hormones therapy BHRT is associated with far fewer side effects than conventional HRT and there is intriguing evidence that it may reduce the risk of certain cancers (Holtorf 2009).

As women age their sex hormone levels decline. Traditional physician thought that HRT replacement will reverse menopausal symptoms. Menopausal symptoms include increased risk of heart attack and cancer (Wren 2009; Lenfant 2010; Lee 2010). The original understanding of menopause and the logic of HRT may be theoretically correct, however women hormonal symphony is far more complex.

Bioidentical Hormone Replacement Therapy doctors recognize that the hormonal symphony is a tightly regulated masterpiece. All steroid hormones are created from cholesterol in a hormonal cascade. The first in the cascade is pregnenolone, which is subsequently converted into other hormones, including dehydroepiandrosterone (DHEA), progesterone, testosterone, and the various forms of estrogen. These hormones are interrelated, yet each performs unique physiological functions. Biologically sound hormone replacement should focus on a woman’s total hormone balance, and not only on estrogen and progesterone.

Conventional HRT makes use of non-bioidentical hormones that differ chemically from those naturally produced by a woman’s body.

Conjugated equine estrogen (CEE) is obtained from the urine of pregnant mares (horses) (Bhavnani 2003). CEE is usually given in combination with progestin, a synthetic progesterone. These structural differences between conventional HRT: conjugated equine estrogens, chemical progestins, and the Natural hormones produced by women’s bodies explain the adverse affects associated with conventional HRT.

Beginning in peri-menopause and continuing through menopause, the production of progesterone tends to decline more rapidly than that of estrogen. If the ratio between progesterone and estrogen is unbalanced favoring excess estrogen, a woman may become susceptible to an increased risk of fibrocystic breast disease and other health risks (Kubista 1990; Lee and Hopkins 1996), that is why we should remember that properly orchestrated Bioidentical Hormone Replacement is necessary for women's health.

When considering Bioidentical Hormone Replacement Therapy one should pay attention to factors contributing to estrogen dominance such as:

Is Cancer Risk a Legitimate Reason to Deprive Aging Women of Healthy Aging?

Hormones like estrogen and testosterone affect cell growth and proliferation; unchecked cell growth and proliferation increase in the cancer risk in this population. This fear about cancer development is an important reason why more aging women chose not to restore their hormonal levels to more youthful levels. Does that mean aging women should simply accept the sex hormone deficiencies they face as a part of “normal” aging? No! Bioidentical hormones replacement therapy BHRT is a Woman’ right.

To better clarify the association between sex hormone restoration and the increased risk of cancer risk we asked a simple question: If estrogen caused breast cancer, we would expect to see very high rates of breast cancer in young women of childbearing age; In addition would we see dramatic decrease in breast cancer after menopause? However this simply is not the case. Clearly, aging and improper use of conventional HRT (not bioidentical hormones replacement therapy) is the primary cause of breast cancer;

To fully understand the hormone symphony, Estrogen should be better explained.

To fully appreciate the complexity of HRT, it is important to understand the various forms of estrogen and their effects in the body. The estrogen family includes more than 15 forms of estrogen naturally created in a woman’s body (Taioli, 2010). These include the three major players: Estrone is the criminal and cancer promoter, Estradiol, and Estriol is the cancer police.

Each of these estrogens has particular functions.

The three estrogens convert into many metabolites. Estrone, for example, may convert into three different forms:

By increasing the ratio of 2-hydroxyestrone to 16-alpha-hydroxyestrone, it may be possible to reduce the risk of estrogen-related cancers (Bradlow 1986; Taioli 2010);

Estrogen Receptors and a Closer Look at Estriol

As mentioned previously, estriol (E3) is the form of estrogen least associated with cancer. Estriol’s protective effects become apparent when examining the differing actions that each of the three primary estrogens exerts upon the estrogen receptors. On breast cells there are two distinct classical estrogen receptors that bind estrogens:

Estriol, on the other hand, binds to and activates estrogen receptor beta (Zhu 2006; Rich 2002). This critical fact helps to explain estriol’s “anti-estrogenic” activity, which led a noted researcher in hormone replacement therapy to state, “This unique property of estriol, in contrast to the selective ER [estrogen receptor] alpha binding by other estrogens. Because of its differing effects on ER alpha and ER beta, we would expect that estriol would be less likely to induce proliferative [potential cancerous growth] changes in breast tissue and to be associated with a reduced risk of breast cancer” (Holtorf 2009);

Estriol, through its estrogen receptor modulatory capacity, combats the proliferative effects of estrone and estradiol (Melamen 1997; Wang 2010). These scientific findings highlight the importance of emphasizing estriol in any BHRT program intended to restore youthful hormone balance and guard against breast cancer development.

By the time a woman enters menopause, she may have already experienced two decades of hormonal imbalance. After menopause, when sex hormone levels decrease significantly, aging women are at increased risk of major diseases, including the following:

Estrogen is only a part of women hormonal story. Progesterone is equally important in the hormonal story. In a healthy young woman, progesterone serves as a balance to estrogen. While estrogen builds up during the first half of a menstrual cycle, progesterone levels do not start rising until the middle of the cycle. When properly administered Bioidentical hormones replacement therapy BHRT helps Women.

Progesterone complements and balances the impact of estrogen in aging women. Combined with estrogen, progesterone substantially improved the amount of time women with a history of heart attack or coronary artery disease could work out on a treadmill before reducing blood flow to the heart. Use of non-bioidentical progesterone produced no effect (Rosano 2000). Another mechanism by which progesterone enhances cardiovascular health is its ability to maintain or even increase HDL levels in women receiving estrogen replacement therapy (Bernstein and Pohost 2010; Ottosson 1985; Jensen 1987).

Three major types of estrogen are produced naturally in a woman’s body: estriol, estrone, and estradiol.

In addition to estrogen and progesterone, it is also important to monitor levels of the hormones Pregnenolone, DHEA, and testosterone. Ideal bioidentical HRT goes beyond the mere suppression of symptoms caused by declining ovarian hormone levels. The real goal of Life Extension’s approach to female hormone restoration is to restore hormones to youthful levels. Such an approach has wide-ranging benefits throughout the body and significantly enhances physical and psychological well-being.

DHEA is a natural steroidal hormone secreted by the adrenal gland, the gonads, and the brain (Maninger 2009). Although women usually have less DHEA than men, both sexes lose DHEA over time, suggesting that its decline is age-related (Labrie 2010). Peak levels are typically reached when women are in their third decade of life, after which they begin to lose approximately 2% per year. Decreased levels of DHEA are associated with cancer, diabetes, lupus, and psychiatric illness (Genazzani and Pluchino 2010). Low levels of DHEA are also associated with higher levels of insomnia, pain, and disability (Morrison et al 2000).

AWAREmed Health and Wellness Resource Center suggests that maturing women strive to keep their DHEA-sulfate (DHEA-s) levels in a range of 250 – 380 µg/dL in order to promote optimal health and vitality;

Pregnenolone levels also decline with age. As the initial hormone in the overall steroid hormone cascade, pregnenolone is derived from cholesterol. As is the case with other hormones, a significant reduction begins when women reach their early thirties (Havlikova 2002). Pregnenolone deficiencies have been associated with diminished brain function and dementia (Mellon 2007).

Aging women should attain a pregnenolone blood level of 130 -180 ng/dL for optimal performance.

It is very important that women have their hormone levels checked before beginning bio-identical hormone restoration therapy. To ensure safe and adequate levels, testing should occur one month after commencing HRT, and then again after two more months. Those women who wish to enhance their sexual desire and have already tried DHEA and pregnenolone therapy, should talk to their physician about options that may include small amounts of testosterone. Women should always consult a physician before beginning HRT, especially if they have had a hormone-responsive cancer (e.g., breast or endometrial) or are at high risk (e.g., have a first-degree relative with breast cancer);

Given the wealth of data demonstrating the superiority of Bioidentical Hormone Replacement Therapy BHRT, a noted researcher in hormone replacement therapy proclaimed, “Physiological data and clinical outcomes demonstrate that bioidentical hormones are associated with lower risks, including the risk of breast cancer and cardiovascular disease, and are more efficacious than their… animal-derived [non-bioidentical] counterparts. Until evidence is found to the contrary, bioidentical hormones remain the preferred method of HRT.” (Holtorf 2009)

Compounded prescription bioidentical estrogen formulas include Bi-Est and Tri-Est. Bi-Est consists of estradiol and estriol, while Tri-Est contains estradiol, estrone, and estriol (Taylor 2001). Bi-Est typically consists of 80% estriol and 20% estradiol. Tri-Est usually contains 80% estriol, 10% estradiol, and 10% estrone. In some situations these proportions do not meet the needs of every woman. For example, the proportions observed naturally in reproductive age women were 90% estriol, 7% estradiol, and 3% estrone (Wright 1999). In these cases a prescription is tailored to the needs of the patient by an experienced physician, and is based upon the results of hormone tests and assessment of symptoms.

There are two differing philosophies regarding the dosing of hormones. The first encourages using the lowest possible dose that will ameliorate the symptoms. This is a very conservative approach that may appeal to some women and their treating physicians. This approach is also unlikely to cause a menopausal woman to generate bleeding associated with a menstrual cycle.

The second approach involves significantly higher hormone dosages. The idea here is that a woman needs to “trick” her brain into thinking she is still of reproductive age. According to this strategy, the goal is to achieve levels that mimic the hormonal fluctuations of a menstruating young woman, thereby restoring the menstrual cycle.

AWAREmed Health and Wellness Resource Center Physicians are experienced in bioidentical hormone replacement and can help women find an optimal dosing strategy based on the results of hormone testing and clinical evaluation. Most women find they respond desirably to bioidentical hormone replacement therapy when the dosing strategy combines aspects of both of the aforementioned approaches. Reclaim your life with Lifestyle by following AWAREmed Health and Wellness Resource Center

Manage your health from the comfort of home