Can Dopamine Depletion Cause Cocaine Addiction

The importance of dopamine in our bodies can never be underestimated. This is one of the most crucial neurotransmitters in the body. Dopamine has very many functions in the body but to many people it is famous for its good feeling effects that it is always identified with but this should not be the case as it has functions beyond the mesolimbic pathway. In the brain dopamine plays such roles as: It plays a big role in starting movement, and the destruction of dopamine neurons in an area of the brain called the substantia nigra is what produces the symptoms of Parkinson’s disease. Dopamine also plays an important role as a hormone acting to inhibit prolactin to stop the release of breast milk. Back in the mesolimbic pathway, dopamine can play a role in psychosis, and many antipsychotics for treatment of schizophrenia target dopamine. Dopamine is involved in the frontal cortex in executive functions like attention. In the rest of the body, dopamine is involved in nausea, in kidney function, and in heart function.

For emphasis, dopamine isn’t only associated with good feelings but in itself has many functions. This neurotransmitter is involved in many different important pathways. However, most people can only identify dopamine with such aspects as motivation, addiction, attention, or lust, their knowledge of dopamine is limited to the mesolimbic pathway. It is a pathway which starts with cells in the ventral tegmental area, buried deep in the middle of the brain, which send their projections out to places like the nucleus accumbens and the cortex.

Whenever a person engages in any pleasurable activity like sex, use of drugs or partying the brain will respond by increasing the levels of dopamine released in the nucleus accumbens .However during addiction the dopamine signaling in this area is changed. For any drug to have any pleasurable feeling to the user then the level of dopamine must be increased and this is what causes euphoric feelings that drug users will do anything to achieve.

Cocaine is one of the drugs of pleasure that are largely used even today despite its unpleasant effects on the user. Cocaine abuse is known to trigger large surges of dopamine extracellular in limbic areas, specifically, nucleus accumbens. Researchers have shown that human imaging studies correlate descriptors of reward, for instance, the “high” and euphoria with cocaine induced increases in dopamine nucleus accumbens. There is also the issue of saliency of the reward, which seems to be driven by the novelty or unexpectedness of the activity. It is the euphoric properties of cocaine that lead to the development of chronic abuse, and appear to involve the acute activation of central dopamine neuronal systems. This is based upon known effects of cocaine on dopamine neurons, and the role played by dopamine in reward states and self-stimulation behavior. When a person uses cocaine for a long time his neurotransmitter and neuroendocrine alterations will eventually occur. Dopamine depletion is hypothesized to result from overstimulation of these neurons and excessive synaptic metabolism of the neurotransmitter. It is this depletion of dopamine that may underlie dysphoric aspects of cocaine abstinence, and cocaine cravings.

Some scientists have opined neurochemical disruptions caused by cocaine are consistent with the concept of physical rather than psychological addiction. Possible pharmacological interventions in cocaine addiction are outlined and the psychological approach to these patients is discussed. With many research findings on cocaine relations with dopamine, it is clear that cocaine addiction stems from the depletion of synaptic dopamine in the mesolimbic dopamine reward system, leading to a dysphoric withdrawal state that drives cocaine seeking to restore dopamine to normal, drug-naïve level.

Owing to its euphoric feelings, people who use cocaine find it hard to quit. When your brain has been conditioned to produce high levels of dopamine only when you are using cocaine then it will be hard for you to quit using this drug as every time you try to quit all the withdrawal symptoms, some of which may be too severe sets in and that ties a person to cocaine abuse thereby causing addiction and dependence thereafter. These cravings contribute not only to addiction but to relapse after a hard-won sobriety. A person addicted to cocaine may be in danger of relapse when he interacts with the people he used to take it with. These triggers do something to his brain that awakens his cravings for cocaine. 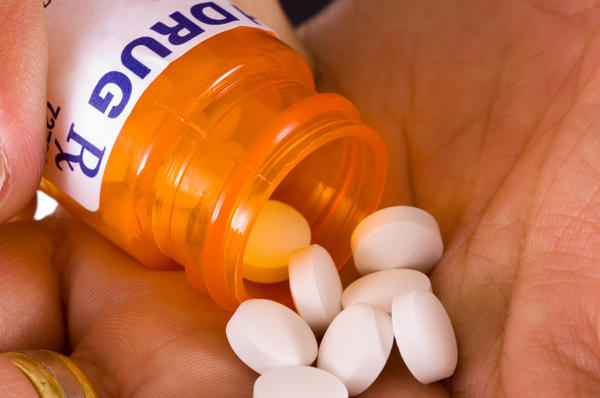 Today there is evidence that cocaine exerts its rewarding effects through the acute activation of dopamine pathways in the brain. Chronic cocaine administration is hypothesized to lead to dopamine depletion, which results in cocaine craving and cocaine abstinence states. This is a condition that has chained many to cocaine use but there is hope as treatment of cocaine addiction with bromocriptine which is a dopamine antagonist has been found to be effective in quelling all the cravings associated with cocaine addiction.

Drug addiction is a vice that should be fought by all means that is why we at AWAREmed Health and Wellness Resource Center are committed to availing help to addicts and offering them a place to call home. We offer NER Treatment and Amino acid therapy that are the most effective approaches to addiction treatment and recovery. You call on Dr. Dalal Akoury (MD) today and begin your journey to victory against addiction.