Antibiotics in Foods is a Health Risk

Are The Antibiotics In Your Food And Your Meet Destroying Your Health? 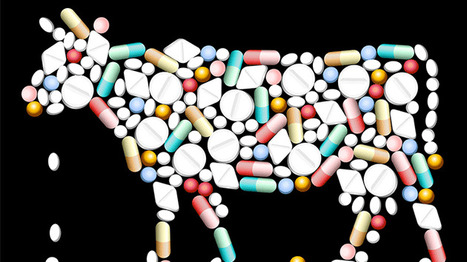 The common adage that whatever you eat affects your health comes in handy here. we are supposed to be eating foods that help in building our bodies and laying a fortress that is not easily passed through by diseases, however with everybody having eyes fixed on the financial gains he can reap from the foods he grows it has become rather common to find that our foods are grown with enhancers that are at the end of the end of the day very dangerous to anybody eating them.

It is estimated that 99 percent of farmed animals in the US raised for food are raised in concentrated animal feeding operations (CAFOs). In fact, 80 percent of the antibiotics used in the US are used in agriculture. This enough to show you that the meet eaten in the US is highly concentrated in these antibiotics that eventually may turn out to be more dangerous than beneficial to us.

CAFOs are costly to your health

These foods may be easily available and priced affordable but when you take them after some time you will realize that the price at which these foods like pork, beef, egg, dairy and poultry are sold in the supermarket isn’t a true reflection of what they cost you. Most of these animals are raised like inanimate objects; they do not have even space to move, they do not see the sunlight, they do not get a gasp of fresh air and they have no clean place to sleep. theirs is to eat and eat until they are mature to be sold, eating boosters that they may mature faster, but after they are eaten for a long time is when the problems may set in.

The CAFOs are not very beneficial to you. if there is anybody who benefits from the CAFOs then only the farmers of these animals and the few involved in the industry are but the consumers stand at a loss and its quite unfortunate that while CAFOs have mastered the art of growing profits, they’ve overlooked the basic natural laws that govern growing animals and this culminates in huge health risks on those consuming these foods.

When antibiotics are used in an uncontrolled manner as has been used in the US agricultural sector they lead to an antibiotic-resistant disease. Approximately 25 million pounds of antibiotics are administered to livestock in the US every year for purposes other than treating disease, such as making the animals grow bigger faster. this are ways to maximize profits often hidden within these line ‘boosting food security ‘but the bitter reality is that those antibiotics, and even worse, antibiotic-resistant bacteria, are transferred to you via meat and even through the animal manure that is used as crop fertilizer.

According to Dr. Dr. Arjun Srinivasan, associate director of the US Centers for Disease Control and Prevention (CDC), there is even bigger problem than antibiotics simply being left behind in your meat as it’s a practice that is promoting the spread of antibiotic-resistant disease. 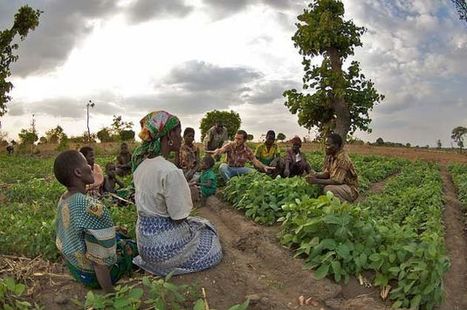 In America alone antibiotic-resistant bacteria infect 2 million people every year. these infections leads to death of 23,000 Americans every year but this is nothing in comparison to the estimation of the UK prime minister David Cameron that by 2050 antibiotic resistance will have killed 300 million people, with the annual global death toll reaching 10 million. This is really a big reason to worry.

CDC has also linked antibiotic-resistant illness to food. The CDC reports that 22 percent of those illnesses are caused by food especially the foods that are sourced from CAFOs.

The composition of your microbiome is somewhat like a fingerprint. It’s unique to you but, unlike your fingerprints, highly impressionable and constantly changing. As reported by Scientific American: “The ecology of the gut microbiome may trigger or contribute to a variety of diseases, including autoimmune disorders and obesity, research suggests. Factors such as early environment, diet, and antibiotic exposure have a lot to do with why people differ from one another in the composition of their microbiomes.”

Generally when your gut flora is unhealthy, then you will be predisposed to many health problems therefore eating these foods that may culminate into antibiotic- resistance illnesses are a big leap into a haven of illnesses that eventually causes many deaths. The CAFOs generally are harmful to your gut health and so are other foods that are genetically engineered to enhance growth and pump in more profits.

There is much more to the foods we eat than just getting full and equipping your body with the needed nutrients. The foods may also cause you diseases. These foods related illnesses need to be treated effectively through integrative medicine. Dr. Dalal Akoury (MD) is an expert at this. Call her on (843) 213-1480 for help.

Are The Antibiotics In Your Food And Your Meet Destroying Your Health?